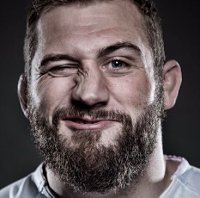 There’s a report in today’s Telegraph that new figures, compiled by the Rugby Players’ Association, show that 62% of retired professional rugby players have suffered mental health problems - ranging from panic attacks to suicidal thoughts - since retiring from the game.

The PRA research is based on approximately 200 retired professional players and reveals that former rugby players are approximately three times more likely than a member of the general public to suffer illnesses such as depression and anxiety.

It’s a truly shocking stat and I can only hope that it serves as a wake up call to the clubs and the powers that be to ensure that player welfare – both physical and mental – is given the attention it deserves…
Posted by TotalFlanker at 09:43