England Rugby - chickens should not be counted 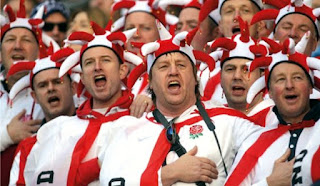 England gave France a damned good thrashing on Sunday but I'm still not getting carried away. No chickens are being counted here.

Think back 12 months - an impressive opening performance away from home (vs Italy) was followed by an excellent first half (at home against Wales) and then an indifferent second half.

England then went to Murrayfield, had their trousers taken down unceremoniously by the Scots, and thus the season suddenly imploded.

So, will Cardiff in two weeks time prove to be another Murrayfield experience?

I hope not, and indeed there is evidence to suggest that history is not about to repeat itself, not least the fact that England are far more robust in their backrow and midfield this year, they appear all to be on the same page tactically and they are clearly all enjoying defending under the watchful eye of John Mitchell.

I am not necessarily saying that England will win in Cardiff - as Mike Tyson once said, "Everyone has a plan 'till they get punched in the mouth" - but I would be very surprised if they were to sink to the depths of ineptitude on display 12 months ago...
Posted by TotalFlanker at 00:12

Especially with no maurading Mako on the field! Crocked for 2 months.