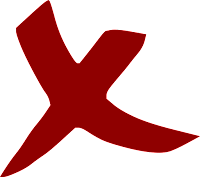 I’m not sure what to think of plans by World Rugby to introduce a new format of rugby – Rugby X – later this year.

Apparently plans are afoot to debut the new format indoors at London's O2 Arena in October.

The new version of the game, which former England and Fiji Sevens coach Ben Ryan is reported to have helped develop, is due to feature five-a-side teams, 10 minute games, no half-time, uncontested three-man scrums, quickly taken line-outs and tap-and-go restarts from the try-line.

So, an exciting new venture designed to appeal to a brand new audience, or just a gimmick?

Given that we already have a perfectly successful shortened version of the game in Sevens, and the fact that the planned timing of the launch pretty much coincides with the Rugby World Cup, I am inclined to suggest the latter.