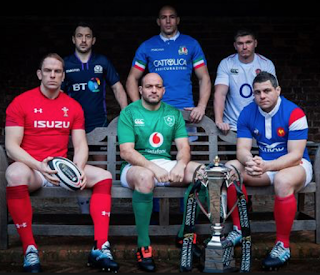 The verdict is in...

Scotland 11-18 Wales
Hmmm. The Welsh Slam is still on after another relatively ordinary performance against an error-ridden and seriously injury-depleted Scotland. While I have to respect and acknowledge this winning run from Wales, the lack of a single bonus point in their 4 matches in the championship so far tells us all we need to know about the way Wales are playing. Will they win the Grand Slam? I wouldn't put it past them.

England 57-14
Italy may have been poor, but you can only beat what's in front of you and no one else has put the Italians to the sword in this way in this year's Six Nations. Still not at all convinced by the idea of a Teo and Tuilagi midfield combo and there were periods in the second half when England were pretty ordinary, but in Joe Cokanasiga we may well be looking at a future world superstar.

Ireland 26-14 France
Never has a scoreline so misrepresented a game of rugby. Ireland's domination of this game was so absolute that I can't recall France even getting into Ireland's 22 until the last few minutes when the 2 French tries were scored. Ireland, for the most part, are looking like their old selves but France, I'm afraid, once again just looked clueless.