Crusaders - what's in a name? 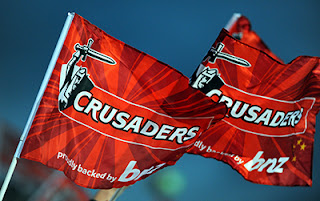 I completely understand why the Crusaders are considering changing their name and branding following the recent terrible terrorist attack on two mosques in Christchurch which claimed 50 lives.

The Crusaders' name and brand is  based on the Christian crusades in the 11th to 13th centuries to reclaim Jerusalem from Muslim rule, with the team’s current badge featuring a medieval knight with a cross on his chest and pre-match entertainment featuring knights in chain mail on horseback.

Not only might this be described as culturally insensitive, apparently the shooter in the recent attacks in Christchurch actually referred to the Crusades in his manifesto and had names of medieval Christian military leaders printed on his weapons.

So I get why the Crusaders are reviewing the name and brand and in doing so I believe they are doing the right thing.

No one is seriously suggesting, are they, that the Crusaders organisation, purely by the use of the name and brand, is actually islamophobic?

For the marketing people, clearly having an identifiable name and imagery around which a club can rally support and put bums on seats, is a positive thing – although in general terms (and I’ve said this before)  I've always thought it a bit naff where the imagery and brand used has no historical content or link with the local area. Exeter Chiefs (and indeed the Crusaders) fall right into that category as far as I am concerned and Bristol Bears are the latest example - Bristol being, by and large, bear-free as far as I am aware.

A tragedy like the one suffered in Christchurch last month, however, should always give us pause for thought and reflection. If, following the terrorist attack, the Crusaders’ name and brand has become so offensive to large sections of the local community that it has become toxic as a commercial asset, then inevitably change will, and should, come.
Posted by TotalFlanker at 15:02