No place for diving in rugby 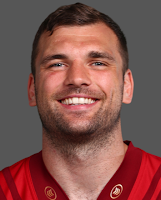 The theatrical way in which Munster lock Tadhg "Neymar" Beirne hit the deck in Saturday’s Heineken Champions Cup quarter-final, to milk a penalty following minimal contact from Edinburgh prop Pierre Schoeman, does neither the player nor the game any favours.

To me it merited a yellow card for the otherwise excellent Beirne and I believe the authorities should look at it and at the very least issue a reprimand.

Failing that, let's hope that the ridicule and scorn Beirne has endured since the incident will deter both him and other players from indulging in similar behaviour in the future.

Cheating (because that is what it is) is something that is beginning to creep into our game - witness players brandishing imaginary cards in the Racing-Toulouse encounter on Sunday - and needs stamping out before it gets out of control.  This isn't football.

You're wrong, if anything schoeman performed a no arms, leading with the shoulder and off the ball tackle and was lucky to not get a yellow card.

Hmm. Not what I saw. Obstruction? Probably, but for me Beirne really milked it. Shame - I like Beirne as a player but that's not something we need in the game.