Youth Rugby - another season draws to a close 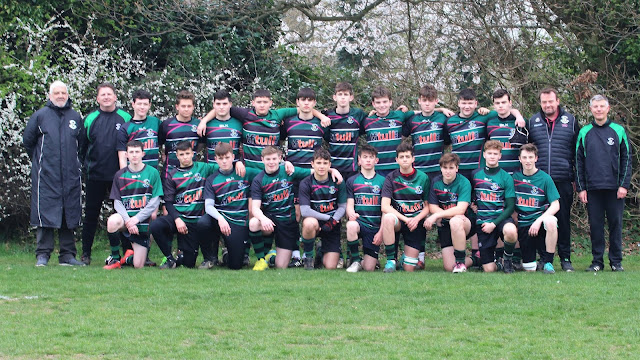 Last weekend saw my son's Under 16 team (of which I am one of the esteemed coaches) finish their league season with a tough 7-7 draw.

It was a brutally physical match in which, unfortunately, both of our flankers broke ankles. I've mentioned previously just how physically confrontational and brutal rugby has become and Sunday showed that the Under 16s game is no exception - an enthralling game of rugby but two broken ankles does seem to me to be a high price to pay.

Nevertheless it was a hugely brave and committed performance from our lads against a very tough team with an astonishingly good defence. Having been promoted to Herts/Middlesex 2nd Division at the end of 2017-18, this season was always going to be a big step up for our boys, especially physically, so they can be really proud of their efforts (as I know the coaches are), having finished with a P7 W3 D1 L3 record in the league and having performed consistently well in friendlies throughout the season.

Having somewhat cantered through last season, it has been good for the boys to learn this season how to lose with good grace and also how to learn from their defeats - and as the season has gone on there has been a  marked improvement in their ability to problem-solve and adapt during games (take note Eddie Jones!).

It's been great to witness the team's progression and just how much togetherness they are now displaying as a squad. As coaches, ultimately the goal is to have as many of the boys as possible to want to continue to play into adulthood. They will step up into Colts rugby next season - another stepping stone on the way...
Posted by TotalFlanker at 18:51