Jake White gets it right 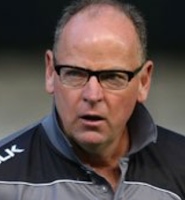 I find myself in agreement with former Springbok coach Jake White who has this week questioned why teams are made to announce their match-day squads at least 48 hours before kick-off.

Although he was referring specifically to Super Rugby, the rule does appear to apply generally throughout the pro-game but, other than to provide fodder for the media, I'm not at all clear as to the rationale behind the practice. It doesn't happen in football, for example, where teams tend to be announced an hour so ahead of the game commencing.

I have never really understood the necessity for a coach to provide 48 hours notice of his team selection to the opposition as all it does is give the opposition coach the opportunity to prepare a strategy to counter any selections. Wouldn't it be better to announce the team closer to kick off, allowing for the chance for a coach to perhaps spring a selectorial or tactical surprise on the opposition?

There's more than an element of "paralysis by analysis" these days in rugby, so to add an element of unpredictability by making teams react to what is put in front of them on the day can only be a good thing, right?
Posted by TotalFlanker at 00:07