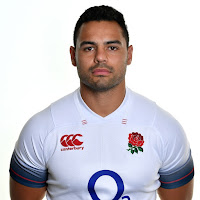 I find myself agreeing with Ugo Monye - insofar as there is a distinct whiff surrounding Ben Te'o's decision, announced last week, to bugger off and join Toulon.

The move exposes Te'o for what he is - a rugby mercenary.

Nothing wrong with that, one might say, the bloke's a professional rugby player and has the right to provide for his family and ply his trade wherever he chooses.

The fact that he decided to head off to the southern France pretty much as soon as he was dropped from the England RWC squad by Eddie Jones, though, suggests that this move had been in the offing for a while.

More fool the RFU, perhaps, for selecting him in the first place - even without the gift of hindsight it was pretty obvious that his decision to leave Leinster in 2016 to pursue an England career was, in no small part, primarily motivated by cold, hard cash - so the powers-that-be really shouldn't be too surprised that the time and money spent developing Te'o as an international player has now been rewarded in such a fashion.

"You can't come and swear allegiance to the country and then the moment things get a bit bumpy, catch the next flight to the south of France" says Ugo Monye.

One might think that the "once bitten, twice shy" principle might be adopted by the RFU in the future, although recent history (Nathan Hughes, Brad Shields, Willi Heinz) suggests otherwise...
Posted by TotalFlanker at 13:31