Rugby has to tackle mental illness 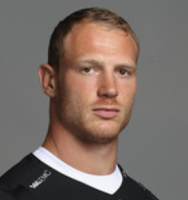 Fascinating interview with former Wasps lock Kearnan Myall in the Guardian earlier this week in which he highlights rugby’s failure in addressing the mental wellbeing of professional rugby players.

The headline – “Several England players I know dread training camp” – is somewhat sensationalist and disingenuous as it does not really reflect the overall interview which highlights Myall’s struggles with mental illness during which, shockingly, he reached a point in his life where the pressure and scrutiny involved in playing professional rugby took him to a place where he had “made peace with the fact that, at some point, [he] was going to commit suicide.”

The fact that the revelations appear to have come as a surprise to his club, Wasps, highlights just how difficult it is for professional rugby players to admit to suffering any mental frailty.

It seems strange to those of us on the outside that young men who, on the face of it, are “living the dream” are, in fact, struggling so badly with mental illness – but there are increasing examples of players and former players – Joe Marler, Andy Powell, Alex Corbisiero, Duncan Bell, to name but a few – who have come forward over the last few years to discuss their struggles publicly, and research by the PRA confirms that the problem is way more widespread than one might imagine.

Myall – who is stepping away from the game to take a PhD in psychiatry at Oxford University – is to be applauded for his candour and for highlighting an ever-increasing problem for the game.

One can only hope that the powers-that-be take heed.
Posted by TotalFlanker at 12:00