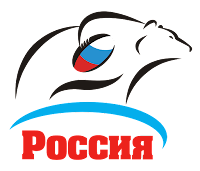 Russia's 35-22 defeat to English Championship team Jersey, in a World Cup warm up game in Moscow this week, doesn't do very much  for the credibility of the Rugby World Cup.

Russia, you may recall, only qualified for the World Cup after Romania and Spain were thrown out of the competition for fielding ineligible players in the 2018 Six Nations B championship.

And it would appear that, going by this week's defeat by Jersey and the recent 85-15 thumping at the hands of Italy, the Russians are more than likely to be seriously out of their depth when they get to Japan.

Pooled with Ireland, Scotland, Japan and Samoa, it could all get very messy indeed.
Posted by TotalFlanker at 12:00