Jack Nowell does it the hard way 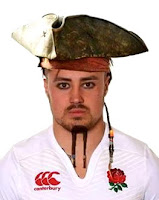 Meanwhile, if England's Jack Nowell actually makes it to the World Cup in Japan, it's safe to say that he will have done it the hard way.

Not only has he been fighting all summer to recover from an ankle injury sustained at the PremiershipFinal on 1st June, he has now had to have his appendix removed at a hospital near England’s training camp in Treviso.

Clearly Nowell will not be involved in any of England's World Cup warm-up games, so fingers crossed that his rehabilitation goes well enough for him too make the plane to Japan as his absence would definitely leave England weaker.