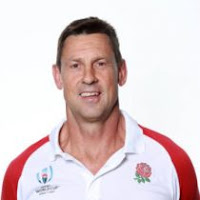 With sincere apologies for the awful headline, the loss of Scott Wisemantel from the England coaching staff could turn out to be a huge blow for Eddie Jones.

Given how Wisemantel has transformed the English attack since joining the coaching team in the summer of 2018, I would have thought it imperative that the RFU move swiftly to re-secure his services posy World Cup.

As ever, however, the RFU have been caught napping and it is likely that Dave Rennie and Australia will benefit, Wisemantel having been tipped join the Australia set-up.

Wisemantel is the second member of England's staff to seek pastures new after scrummaging coach Neal Hatley who left to rejoin Bath and, while England's scrummaging performance in the World Cup Final suggests that Hatley's departure may not be such a huge loss, I do fear for England's attacking prowess without Wisemantel's input.

It will be informative to see who, if anyone, replaces him. Personally I'd like to see a bit of left-field thinking from Eddie Jones and the the likes of former Fiji 7s coach, Ben Ryan, given the gig...
Posted by TotalFlanker at 14:42